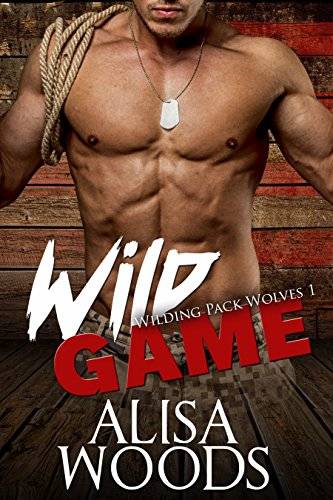 Owen’s an ex-Army bodyguard for a beautiful gaming heiress… and a man with a secret. Ex-Army Texas boy Owen Harding fears only one thing—his inner beast. A year in Agent Smith’s experimental cages has changed his wolf into something monstrous. But a hate group is hunting the Wilding pack, so Owen’s serving again, this time as bodyguard. If only the girl he’s protecting wasn’t so damn sexy… and completely off limits.

Nova Wilding’s father was assassinated, leaving her a gaming company to run, a new game to release, and a pack full of wolves who want her for a mate… including a beta who’s determined to have Nova and her company. When a bomb goes off in her car, Nova finds herself in her sexy bodyguard’s arms… but he’s absolutely the wrong man at the wrong time.

WILD GAME is a complete novel with HEA, the first in the Wilding Pack Wolves series. All stories are standalone, but for maximum reader enjoyment, start with the Riverwise Private Security trilogy.