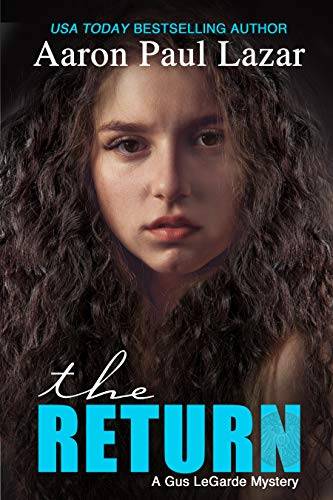 Sometimes the past won’t be laid to rest.

Music professor Gus LeGarde has been happily married to his second wife, Camille, years after his first wife, Elsbeth, leapt to her death from the Letchworth Gorge cliffs. But when he starts seeing a woman around town who looks exactly like Elsbeth, his marriage and sanity are thrown into chaos.

Is she a ghost? A figment of his imagination? Or has there been some kind of horrible mistake, and could Elsbeth still be alive?

As if the shock of glimpsing his dead wife, seemingly in the flesh, weren’t enough, the LeGarde household is struggling with the arrival of strange new neighbors. The Silvermans are secretive and unapproachable from the start—patriarch Ezekiel is hostile and threatening, his adult daughter Serena is clearly terrified, and her teenage son Eli shows signs of abuse. At first they avoid the troubled family, but that becomes impossible when Gus’ daughter, Shelby, starts falling for Eli.

After a string of dangerous events culminates in the elder Silverman holding a shotgun on the two teens when discovered in flagrante delicato, Gus forbids Shelby from seeing the boy. But soon after things are broken off, Shelby and Eli abruptly vanish, plunging both families into panic.

As the Silvermans’ dark past is slowly revealed, Shelby’s life hangs in the balance. Just how far will this family go to protect their secrets?"