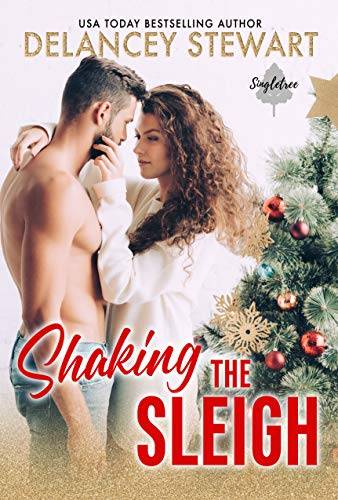 I’ll just admit it right up front—I don’t love the holidays.
In fact, Christmas makes me downright cranky.
Call me the Grinch if you must, but if your dad chose that day to decide he was wrong about that whole wanting a family thing, you’d grow up miffed about mistletoe too. Every candy cane, ugly sweater, and falalalala reminds me of the worst day of my life.
So when my uncle—a bigwig network executive—gives me one last shot to salvage my disastrous TV production career on a show called Holiday Homes, I’ve got no choice but to suck it up, head to the small town of Singletree, and fake festive.
The problem?
Callan Whitewood. The sexy, sullen former pro-soccer player might be the one person on earth who hates the holidays more than I do. After a devastating injury ended his career, he’s left with a limp, no idea what to do with his future, and a cheerless attitude worthy of Ebenezer Scrooge. But I’ve got a TIME LIMIT to convince the gorgeous grump to allow his home to be featured as the pinnacle of the Christmas episode of the show that’s going to save my career.
That is, if I can keep my hands off him… but I’m having a bit of trouble sticking to the task.
SHAKING THE SLEIGH is a standalone holiday romantic comedy with a satisfying happily ever after, plenty of festive chuckles, some sexy times and a few chinchillas. Maybe a cat. (And there might be a wombat because wombats really do fit into almost any story.)