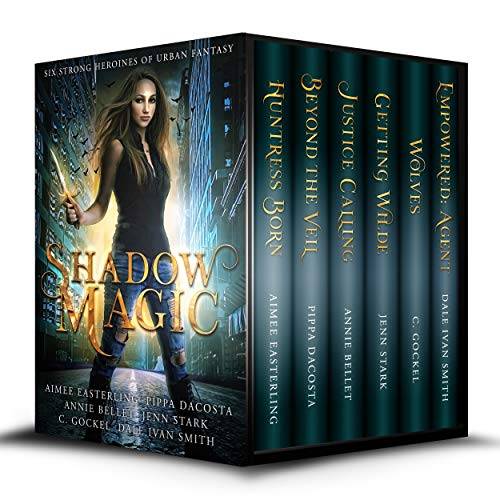 Escape into tales of shifters and sorceresses, gamers and bakers, demons and artifact hunters, plus one very mischievous Norse god. Full of adventure, mystery, romance, and plenty of snark, these novels will immerse you in magical worlds while you turn pages far into the night.

Huntress Born by Aimee Easterling - Werewolf and baker Ember leaves her pack to hunt for her missing half brother. But with danger growing on all sides, it's only a matter of time before she gets burned. By an author described as a "good choice for Patricia Briggs fans."

Beyond the Veil by Pippa DaCosta - Half-demon and half-human, Muse tried to lead an ordinary life. But when an underworld assassin comes after her, she must embrace her powers—and make a formidable deal with the Prince of Greed.

Justice Calling by Annie Bellet - Between hiding out from her evil ex-boyfriend who wants to steal her power and keeping her friends safe from dangerous magics, Jade Crow has all the problems. For fans of The Dresden Files and the Iron Druid, this is a nerdy urban fantasy full of snark and fireballs.

Getting Wilde by Jenn Stark - Tarot-reading artifact hunter Sara Wilde can find anything, for a price. Then a wickedly sexy magician offers her the ultimate challenge: Sneak behind Vatican walls...and steal the Devil himself. Globe-trotting, fast-paced, high-stakes adventure perfect for fans of Darynda Jones, Faith Hunter, and Ilona Andrews!

Wolves by C. Gockel - When Amy prays for help, Loki the Norse God of mischief and Chaos isn't the savior she has in mind. Loki can't resist Amy's summons, but he can insist that she help him outwit Odin, ruler of the Nine Realms. The start of an epic urban fantasy with myth, magic, and mayhem!

Empowered: Agent by Dale Ivan Smith - The world says those possessing superpowers are either heroes or villains. But what if you're both? Former rogue empowered Mathilda Brandt must return to villainy in order to save her family and thousands of others from a psychotic criminal mastermind.
Folklore Contemporary Fantasy Fiction Superhero Fantasy eBooks