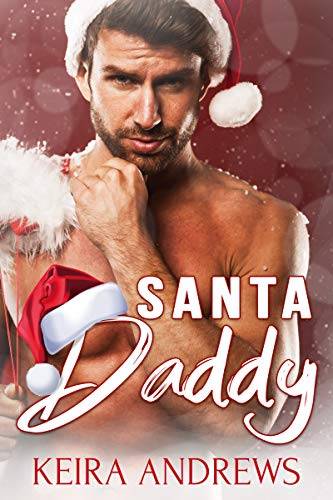 Hunter is hopelessly adrift after college. He’s still romantically inexperienced, can’t find a real job, and has no clue what to do with his life. Desperate, he returns to his humiliating old gig as an elf at the Santa's Village in his hometown's dying mall.

Enter the sexiest Santa ever.

Twice Hunter's size and age, lumberjack Nick makes him tingle. Too bad he's super grumpy and intimidating. Years after the tragic death of his partner, Nick has his beagle and long, hard days on his Christmas tree farm. That’s plenty. But he can’t refuse a loyal friend’s plea for help and finds himself filling in as Santa.

Then a surprise blizzard traps them alone in Nick’s isolated forest home. Will they surrender to the sizzling spark between them and find the release and comfort they crave?