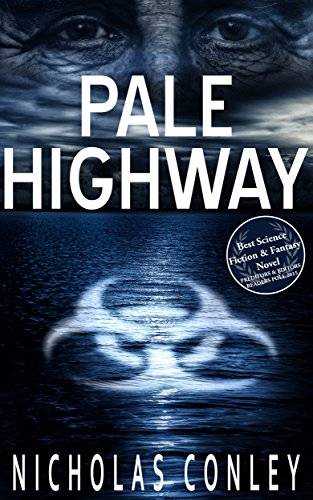 "Steeped in suspense, Conley's novel delves into the darker recesses of the medical establishment. Gabriel is a sympathetic character, and the reader is pulled into his private struggles." - Publishers Weekly

"Pale Highway brings his struggles for survival along with his fierce desire to hold off his symptoms long enough to save everyone around him to brilliant, beautiful life." - Examiner.com

Gabriel Schist is spending his remaining years at Bright New Day, a nursing home. He once won the Nobel Prize for inventing a vaccine for AIDS. But now, he has Alzheimer’s, and his mind is slowly slipping away.

When one of the residents comes down with a horrific virus, Gabriel realizes that he is the only one who can find a cure. Encouraged by Victor, an odd stranger, he convinces the administrator to allow him to study the virus. Soon, reality begins to shift, and Gabriel’s hallucinations interfere with his work.