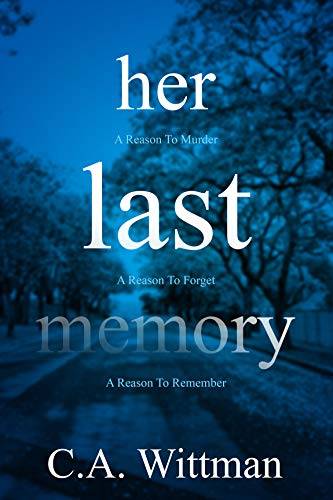 Serene Hokulani only knows she's in Hollywood, but nothing else looks familiar. Her last memory is leaving her house in 1996 as a suspect in a murder investigation.

Diagnosed with a dissociative fugue state, Serene learns that she is now Dora Jones. Dora has a loving wife, three children, and a thriving business. But, the part of herself who became Dora has now vanished, leaving Serene to manage the life, challenges, and relationships Dora has forged along the way.

As Serene struggles to put together the pieces of her troubled past, one night repeatedly comes into question—the night of the dinner party. The night Taylor Davis was murdered. Anyone of Serene's friends had reason to hate Taylor. Anyone of them had reason to hurt her.
Maybe Dora knows the truth. Dora, who is diametrically different in every way from Serene, or is she?

"Her Last Memory is a haunting tale of identity loss, loyalty, fierce love, and regret. If you like Lisa Jewell, Liane Moriarty, and Ruth Ware, then you'll love this gripping psychological thriller."