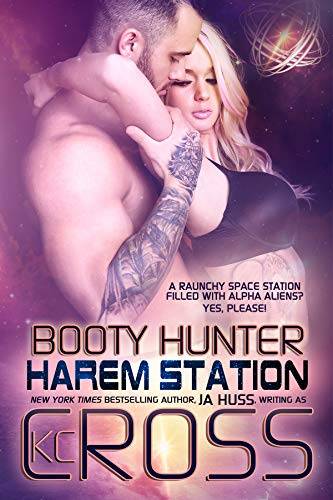 Welcome to Harem Station where every perversion is for sale and pleasure is the only objective.
Bounty hunter, Serpint, has just returned to Harem Station with a prize addition to his brother’s elite collection of Cygnian princesses. But Serpint sacrificed a lot to bring this little gift home and now all he wants is some no-strings sex with a simple, obedient girl and a bottle of whiskey.

Not quite the obedient girl Serpint was craving. But Cygnian princesses are hard to pass up. Even one with dark secrets. Because they have a very special, very specific, sexual talent.

They glow when they climax.

Lyra thinks she’s one of the strong ones. If anyone can resist an overzealous alpha like Serpint, it’s her. But his touch makes her light up like the sun. And she has never been with an Akeelian before…

How long can she resist that?