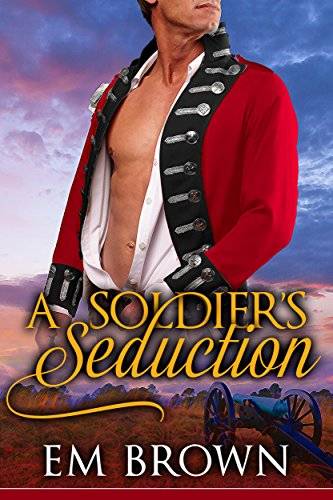 How Hot Can a Time Travel Romance Get?

Pauline San Martin thinks she’s hit rock bottom. Laid off from her job. Dumped by her boyfriend. About to be evicted from her apartment. Reduced to stripteasing for money.

But life is about to get worse.

Mysteriously hurled back in time to one of the bloodiest battles of the Revolutionary War, Pauline is captured by the British and accused of being a rebel spy. What’s a girl to do?

Seduce the handsome army captain…unless he seduces her first.

Because if she doesn’t escape, being stuck in history will be the least of her problems.

Warning: This time travel romance is *extremely* steamy. It is not bashful reading. But if you like your history super hot and sexy, grab A SOLDIER’S SEDUCTION to heat up your reading today!